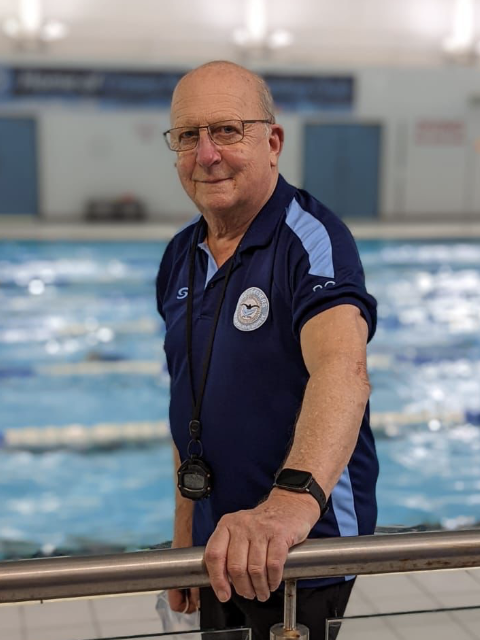 I am qualified as level 3 (advanced) teacher, level 1 coach, timekeeper, and judge, and a Fellow of the Institute of Swimming.

“I started teaching and coaching at Nantwich Swimming Club in 1984 until retiring in 2007/8 having spent 15 years as Chairman and Chief Coach. For many years I was also Chairman of the Peak and Plain Swimming League, and coach of the combined Crewe and Nantwich team for the Cheshire Youth Games.

In 2004 I formed the Adult Serious Swimming Session (Now called Masters) at Nantwich, which I still coach today, which consists of triathletes (including GB medallists)  ex-swimmers and other capable adults some of whom joined on day 1. I joined Flyers in November 2019 in response to a request for volunteers.