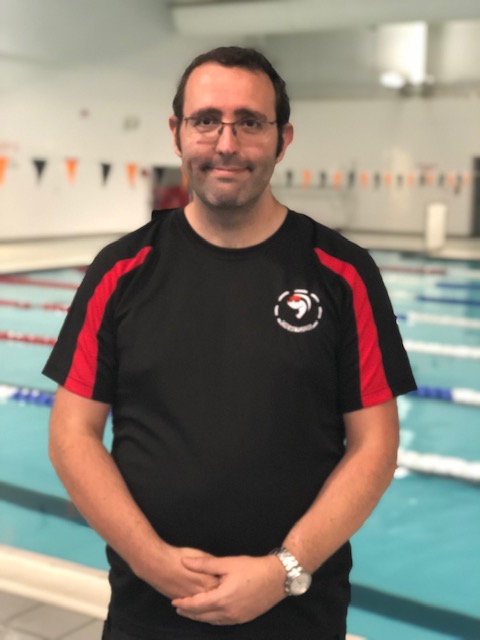 Ben Maskill is the District squad Coach within Crewe Flyers. Ben has a passion for stroke technique and is often heard saying, “streamline” at least 20 times an hour.

He joined Crewe Flyers in 2018 as a Level 2 STA qualified teacher, he is also a fully qualified Lifeguard and holds his Level 1 Team Manager certificate.

Ben is a father to 3 girls, one of which swims for Crewe Flyers and has great success on the Para swimming circuit.

His favourite Personal family highlights are when his eldest swam in the Open Water Nationals and became Junior British National Champion in the S14 Para category in 100 Free and 200IM. Watching his other daughter become overall junior champion in the British Gymnastics Nationals and his youngest perform in the Regional dance competition.

His other love are Doncaster Rovers and a particular highlight for him was watching them ignominiously fall into the Vauxhall Conference then like a phoenix rise to the top of the championship (for a week on goal difference) and then watch them go on to win the Johnsons Paint trophy at the Millenium Stadium.

Huge thanks goes to Ben for his hard work poolside and don’t forget to keep plugging that streamline Ben we will all be listening out for you now.